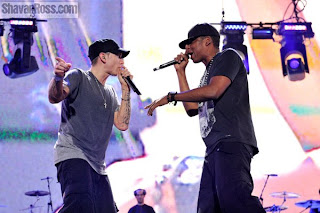 Rap music isn’t often received well by high society, and I’m writing this to change that.
The defense of rap music is complex, and of course, there will be those who say it needs no defending, and stil more who argue that it cannot be defended. But, rap music is here, and (like it or not) is dominating mass and popular culture circles.
What makes rap’s message so appealing? To begin, it is important to see where rap is coming from, which is of course from a predominantly minority population from low income urban areas. To clarify, that is the “majority” population, the men (and women) who have the most clear understanding of the low points of life in cities that are often also occupied by the super-elite.
Then of course there is the subject matter, which (while variable) has tended (over the past decade) to revolve around success, the pitfalls of love, violence/maintaing one’s honor, drug use, and self promotion. All of these themes are universally appealing, which lends itself to the wide and diverse appeal of rap music based on its content.
While there is no shortage of mediocrity in rap, there have been several instances of extraordinarily talented lyricists who have not only passed the tests of longevity and diversity in their music, but who have demonstrated an exceptional talent in their manipulation of the English language.
This talent brings me to my unofficial theory, and it’s a theory of evolution. Don’t go batshit if you believe in Adam & Eve, though. What I’m talking about is the evolution of poetry. Poetry, once a verbal art (not the silent art we know it as in 2010) was the predecessor to rap, and for several hundred years served as the common man’s voice, much as rap does today.
We see traces of high poetry in almost every single rap song. For instance, the sonnet, which was the dominant form of poetry from (c) 1350 to (c) 1700 (a span of almost 350 years) contained 16 lines. In rap, a standard verse contains 16 “bars” (which is slang for lines). Although the number of syllables in these lines can vary, and the rhyme schemes are usually much less intricate than that of sonneteers.
Beyond the 16 line format, however, there is something else worth noting in skilled rappers. That is, an inherent ability to manipulate the English language without truly understanding what they are doing. The most skilled lyricists such as Jay-Z, Eminem, Nas, and Big L seem to have perfected these difficult lyrical techniques, including off-rhyming (both in multiple lines and within single lines), extended metaphors, multi-syllabic rhymes, multiple stressed syllables (Jay-Z is especially adept at this), which is very challenging in English, and of course basic literary techniques such as onomonopia, alliteration, combinations of endstopping and enjambment, and hyperbole with ease.
What is remarkable is not that these men can accomplish so much with the English language, it is that they were never taught these skills. It is as if their creative desires has led them each to re-discover and re-work the confines of English to their own visions, thus continuing what can only be described as the dead tradition of verbal poetry through their music.
Furthermore, the album has provided artists with a platform of creative license, where larger themes and messages can be produced by a body of work, similar to the lyric sequence of poets. Indeed, rappers have much more in common with poets than many people acknowledge.
In their ignorance, rap artists have created and continued the tradition of oral poetry, and have once again provided the masses with a lyrical means of expression of the most vital subjects of our time. But as remarkable as their divine abilities with the English language is, rap artists will never be given the credit they deserve if they cannot overcome their use of profanity. Only time will tell if there is another stage to this evolution…
Tagged on: culture, english, evolution, evolution of the english language, language, poetry, rap, spoken word, words are my weapon